The Alba (sunrise) was a very popular poetic genre in the 12th and 13th centuries, in which two lovers, after a night of love, are in torment for the arrival of dawn, the daylight is the moment in which they must separate rapidly if they do not want to be discovered by the “Gilos”, her husband. It has to be remembered that in the past marriages did not take place for love and, according to the laws of Courtly Love, it was accepted for a woman to have only one lover, chosen for true and sincere love, in addition to her husband. Often in these compositions the verses were sung by a fourth figure, called "sentry". It could be a male or a female and had the task of watching over the two lovers and waking them up quickly in case of problems or at sunrise if they weren't awake. The most famous alba that has come complete with music is that of Giraut de Borneill, a troubadour born in Aquitaine, called by his contemporaries "master of the troubadours". The geographical borders in the 12th and 13th centuries were very different from today and from Provence this successful musical and poetic motif also reached northern Italy. “Aiuta De'” is the translation of Giraut's Occitan composition “Rei glorios” into a Piedmontese vernacular, written in the thirteenth century, before 1240, and preserved in the manuscript E 15 sup. of the Ambrosiana Library in Milan. Dating from around 1240, this document is a proof of the fact that this piece was well known in northern Italy. Murmur Mori's version combines the Italian text with the music of the one wrote by Giraut de Borneill contained in the ms. Français 22543 of the National Library of France. Unfortunately, in the Italian text the last verse is illegible, the ensemble wanted to fill this gap with the singing of a morning bird.

Download includes also a digital booklet with lyrics, photos and translation in Italian and English.

The libri memorialium from the Bologna State Archives were written by notaries and they contain ballate and rhymes which are among the earliest poetry in the vernacular from Italy such as the ones contained in the manuscript Vaticano Latino 3793. Most of these poems were intended to be sung and played and in fact, even if are handed down to us in manuscripts without musical notation, they still have textual indications about their musical forms. Murmur Mori set these fundamental early Italian lyrics to music using medieval instruments, merging the Italian folk music heritage together with the medieval manuscript sources of secular music, to rediscover their sound and avoid them to be merely confined in literary studies. The music here presented focuses on jongleur poetry of the 13th and 14th centuries and on the musical form of the ballata. Chants of love, satire and to dance to.

The 16 pages booklet contains an introduction by prof. Tito Saffioti.

13th century poems and lyrics from jesters set to music, songs inspired by Nature and poems from the Codex Buranus. A live album recorded inside the medieval church of San Giovanni in Montorfano, in the Italian Alps.

The entire video is viewable on our YouTube channel.

Download includes a 12 pages English/Italian booklet with photos and detailed informations about the songs and the lyrics. 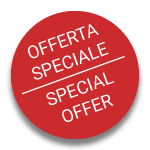 “COMPENDIUM” collection is on sale at -20% (4 album: 20€). If you have already purchased our albums, but would like to support the Murmur Mori project, you can make a free donation at this Paypal link: SUPPORT! 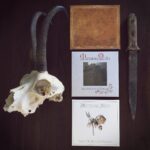 Every record comes in a handmade package stamped with a red wax.