A new album enterely recorded inside the Visconti Castle of Vogogna.
LISTEN/BUY

The ensemble was born in 2015 in Bologna, founded by Mirko Volpe and Silvia Kuro whom are the researchers and creators of all the music presented. Their first three albums, released by the independent label Edizioni Stramonium, are a compendium of Italian legends and folktales, collected in books and field research interviews, later set to music using 20th century musical folk instruments. In 2017 the two moved from Bologna to a small and ancient village on the Lepontine Alps near Domodossola (Piedmont), place where Gianfranco Contini did his studies on early Italian literature and where the Alps still inspire folk singing. Studies on traditional Italian music have led Mirko and Silvia to delve into its poetics and textuality, exploring the richness of the different regional dialects and languages which are still in widespread use in today’s Italy as evidence of the lasting value of popular textuality, undertaking a backwards in time path to its 13th century roots. The ensemble's work focuses on jongleur poetry, the reconstruction of the sound of early Italian vernacular poems and of the secular medieval music. The main intent is to discover the musicality of those poems in the vernacular, since most of them were surely written to be played, as their lyrics and metre suggest, when no one tried to set them in music again leaving them confined to literary studies. Doing this by merging the Italian folk music heritage handed down to us in field recordings, or survived traditions, with the medieval manuscript sources. The result is new composed music derived both from early melodies than popular folk modes. The musical instruments used are reproductions from 13th-14th century depictions. Having the will to re-invoke the figure of the Italian giullare and better investigate how was the vernacular used in poetry, the two authors also write new lyrics using typical jongleurs' poetic expedients, part of their idea of "new early music".

Previous
Next
The musicians 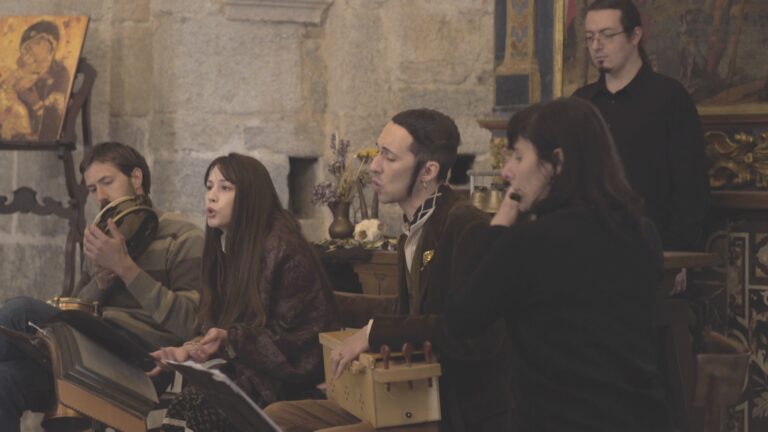 She studies and practices folk singing, this passion led her to her choice of living in a small mountain village, where reminiscences of spontaneous and traditional singing still survive. She takes care of the historical archive of the Scuola di Belle Arti of Santa Maria Maggiore (VB). She is a researcher of manuscript sources for the ensemble, singer, percussionist and composer.

Pseudonym of Mirko Virginio Aiello, artistic director of the ensemble. After living years in Bologna, from 2017 he decided to completely abandon city life, to live as a bohème, and moved to a small village in the Piedmontese Alps, where thanks to contact with wild nature he can devote himself with greater dedication only to musical practice and historical research for the ensemble.

She began studying music following lessons in piano and choral singing for two years at the “Santa Cecilia” music school in Rovigo. She then started to study the transverse flute and graduated from the Conservatory “G.B. Martini” in Bologna. She perfected under the guidance of Maestro Daniele Ruggieri. She teaches transverse flute in Marghera (VE). She plays the flutes for Murmur Mori since 2015.

The first theatrical experiences began at the age of 16. "Tra ciliegi e robot" (2020) is his first collection of poems, published by Edizioni del Faro. He currently lives in Brussels where he is a performer and poet in Italian, French and English. He has collaborated with Murmur Mori since 2022 as a narrator during the live performances of the ensemble.

Folk music and Lombard traditions researcher, he collaborates with the ensemble from 2019 as percussionist and technician for the recording process of the music.

Multi-instrumentalist and composer of neoclassical music. He collaborated with Murmur Mori from 2017 to 2021. 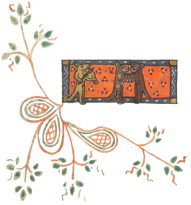